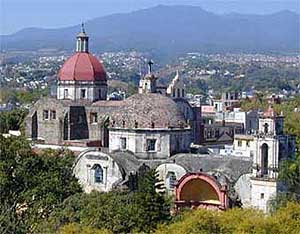 Please help pass the word that we are accepting applications for the fourth annual Fiction Collective 2 (FC2) Writer's Edge workshop, held March 19-21, 2009, in Cuernavaca, Mexico, at the Universidad International. This year, the FC2 Writer's Edge will be held in conjunction with the American Book Review (ABR) Writer's Conference, held March 16-18.

Sponsored by FC2 and ABR, the conference will feature workshops on innovative fiction, panels, a faculty reading, open mics for participants, and myriad conversations about experimental prose.

Creativity, we may imagine, resides in the imagination of the new. It’s cheating to use found texts and other objects. Yet at the same time the body of already-existing texts and artifacts is a vast archive too fantastic to consign to the dustbin of literary (and extra-literary) history. In fact, there is already a rich tradition of literature that imports bits of the world. And those bits needn’t be limited to literary texts. Newspapers, songs, legal documents, textbooks from any number of disciplines, medical records, maps, photos, and other images—not only is it not cheating to use such materials, but it opens up a new set of possibilities for writing into, out of, and/or about the historical record. For writers interested in investigating techniques of representing and referring to the phenomenal world and its infinite pasts and presents—techniques of incorporating its material effects into fictional work—this workshop will offer examples of, discussion of, and exercises in salvage, rereading, quotation, recycling, imitation, cut and paste, (re)appropriation, repetition, reproduction, revision, parody, hoax, and other acts of unoriginality. In preparation, you may want to acquaint yourself with the following fictions: Don Quixote, Kathy Acker; “Pierre Menard, Author of the Quixote,” Jorge Luis Borges; A Humument, Tom Philips; Mumbo Jumbo, Ishmael Reed.

Writing is never done in a vacuum; it occurs always in context. Often fiction writing is provoked by contact with other art forms like painting, music and film. If composition is a series of decisions about what goes where, shouldn’t the translating of decisions from painting, music and film into narrative language be possible? And if it is possible, how can we go about it? Or, to start from the other direction: how can we weave our obsessions with music, painting and film into our fiction writing? The Greek word for this translating is ekphrasis (which usually refers to poetry), and in the contemporary world we often speak of allegory and mimesis. We’ll try to bracket the theoretical discussions and center our discussion on practical larcenous techniques. Participants are asked to bring a representation (postcard, photocopy, photograph, mp3, film, video, etc.) or actual object of something they’d like to translate into prose. Students may also wish to read Gertrude Stein’s portraits of Cezanne, Matisse and Picasso.

So one argument and I don’t necessarily disbelieve it is that punctuation is just a parasite that all it is is the side effect of writing words down in these lines that it’s just a clumsy visual approximation of the natural rhythms of speech that in prose fiction are pretty much exactly what’s supposed to lull the reader into a state where the story can work or or a better way to say it maybe is that that unbroken patter and burble and spike of words is what transports the reader not off the page but into it face first ankle deep and evermore. But yeah, sometimes a comma sure is nice, right? Here we’ll talk about this, both in terse, nervous, over-punctuated sentences we try to laugh off and in long unbroken fragments that wander and forget themselves and then find each other in surprising ways. And we’ll do some writing as well. And never stop


THE CALIFORNICATION OF HISTORY
Lance Olsen

Despite frequent (and frequently naïve) claims to the contrary, innovative fiction is neither necessarily ahistorical nor dehistoricized. Rather, it continually questions our culture’s suppositions about what constitutes historical knowledge, embracing the counter-intuitive recognition that texts are simultaneously self-conscious linguistic and formal systems shut off from the world and active participants in larger sociopolitical contexts. In this workshop, which will consist of mini-lecture, conversation, and two exercises, we shall explore the practical and theoretical joys, problemitizations, assumptions, and possibilities in engaging with the past(s)—“real” and imagined—inventively in writing. In preparation, you may want to acquaint yourself with the following fictions: Da Vinci’s Bicycle, Guy Davenport; History of the Imagination, Norman Locke; Cloud Atlas, David Mitchell; Nietzsche’s Kisses, Lance Olsen.

One of Gloria Anzaldúa's major contributions to United States academic and creative writing and discussion was the term mestizaje, meaning a state of being beyond binary (either-or) conception. In her theoretical works, Anzaldúa calls for a “new mestiza,” which she describes as an individual aware of her conflicting and meshing identities who uses these “new angles of vision” to challenge old ways of thinking, being and writing. The work of Guillermo Gómez-Peña concerns the U.S.-Mexican border itself, immigration, cross-cultural identity, and the confrontation and misunderstandings between cultures and races. His artwork and literature also explores the politics of language, the side effects of globalization, “extreme culture,” and new technologies from a Latino perspective. Unlike what might happen at an academic conference, as creative writers we will be “inhabiting the territory” of their texts, and moving through their language as citizens of an unnamed country with identities forming at a border of language and geography. We will push ourselves through two major writing exercises meant to reinvent identity stories. In some ways we will be deconstructing whiteness and the position of the “U.S.” writer. We will also create a blog that “performs” our “texts” as an extension of the workshop. In preparation, you may want to acquaint yourself with the following: Borderlands/La Frontera: The New Mestiza, Anzuldua; The New World Border and Dangerous Border Crossers, Gómez-Peña. You may also want to check out some of Gómez-Peña’s performance work at the Video Artist Database: http://www.vdb.org/
Posted by Lance Olsen at 3:23:00 PM No comments: