B'Byes to the Prize -- an open letter 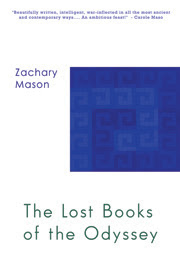 To whom it may concern,

After five years of sponsoring an annual contest for works of innovative fiction, Starcherone Books has decided to discontinue our annual Fiction Prize for 2008-09.

We make this decision with a mixture of emotions. In its five years of existence, the Starcherone Fiction Prize fulfilled our highest hopes of finding wonderful new talents on which to bestow our prize and offer publication. All five winners of our blind-judged prize have been first-time authors: Aimee Parkison, Nina Shope, Sara Greenslit, Zachary Mason, and Janet Mitchell. Three of these books have been published to date. The fourth, Zachary Mason’s The Lost Books of the Odyssey, is in production for Spring 2008 release, and the fifth, Janet Mitchell’s The Last of This Day’s Light, will appear in our 2009 season. We could not be prouder of our choices, all of which splendidly exhibit inventiveness, idiosyncracy, and artistic bravery. It was our contention at the birth of our contest that mainstream publishers’ moribund fiction offerings today were missing out many of the most significant young talents – writers who took chances not rewarded by a strict “market” approach to publishing. We feel this list of our prizewinning books is a small gesture in proof our case.

Our prizewinning authors have gone on to enjoy other successes that validate our decisions, including Nina Shope’s having won the Italo Calvino Prize for Innovative Fiction, and Aimee Parkison’s winning of the Kurt Vonnegut Prize from North American Review and a fellowship from the Isherwood Foundation, in addition to other awards our writers have received in the wake of our selections.

Of equal importance to the legacy of the Starcherone Fiction Prize is the record we leave behind of unimpeachable ethical behavior. During a period when several national contests were accused of questionable practices and more than one absconded with funds or otherwise left its entrants feeling betrayed, Starcherone’s contest reputation was never called into question. In 2005, we participated in CLMP’s development of a set of contest ethics, both to combat the negative perception of contests and to ensure that our own contest would always be conducted with the highest standards of responsibility. We then went the CLMP statement one step further, defining what constituted “conflict of interest” in a blind-judging procedure, and posting these guidelines as well on our website. Part of these additional guidelines was the offer to return any entrant’s contest fees upon request. Receiving over 900 entries over a five-year period, we were asked only once to return a fee, which we promptly did. More notably, over these five years, we received countless thankyous and congratulations for offering writers of innovative fiction a venue for their work to be read and have a chance at publication outside the who-knows-who world of agents, writing programs, and the insider-deals of big publishing.

Several factors unrelated to our successful experiences with the contest have made us decide to offer it no longer. First, we have come to a recognition of our size and the resulting limited ability we might have to singlehandedly change the contemporary fiction landscape. We have done our part, but now we have a strong stable of authors we would like to continue to support while turning over some of the work of discovering new talents to other small presses. We hope to return to reading new manuscripts sometime down the road, but at present have all the projects we need, at least for the near future.

As well, we have found (to our dismay), running our contest – despite its clearly articulated rules, history of ethical conduct, and success in locating new talents previously unknown to us – has made it difficult for us to attract grant money needed to insure the success of Starcherone Books over the long haul. Specifically, the New York State Council for the Arts (NYSCA) has never approved of our or any other publisher’s contest, for reasons we have never ourselves found convincing and, indeed, inconsistent with the positions of many other state funding agencies. We have endeavored for several years to try to obtain NYSCA funding while also offering the contest, which we contended (and demonstrated) helped bring many unknown writers into print. Alas, NYSCA and Starcherone never saw eye-to-eye on the subject. As said above, we are small, and have decided it is now time to discontinue fighting City Hall.

Finally, the time commitments of running the contest have finally proven too much for our dedicated but small staff. Reading for the contest (leaving out the processes of advertising, cataloging entries, etc.) annually consumed two-and-a-half months out of our yearly schedule. Since our staff readers have always been volunteers who were almost universally writers themselves (as well as workers, teachers, parents, etc.), and despite what we see as the overwhelming success of our half-decade venture, we breathe a collective sigh of relief at concluding the contest process. Personally speaking, I have given myself over to contest judging, full-time, for the six weeks between May 15 and July 1, five years running – a total of thirty weeks of my life! It will be nice to get that time back in my life, even as I will miss the thrill of hitting gold after endless hours of digging and panning.

Starcherone Books remains an active publisher of innovative fiction, with a slate of four titles scheduled for 2008 and several books under contract for 2009 and beyond. We thank our many supporters and urge those interested in new fiction – who may have entered our contest many times before or be reading about our contest here for the first time – to make the effort to read new works of innovative fiction. Particularly, we recommend the books (three published, two in the offing) that have won our very competitive prize since judging first began in 2003.

Multicultural > Romance, or, How to Pleasure a Sister 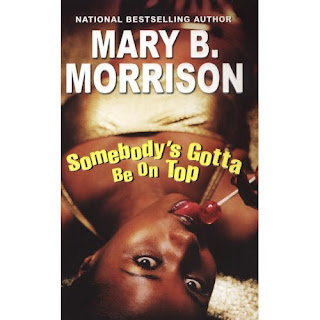 Oh, we are all such busy people! Who has time to blog? But friends, let us not forget what brought us here. No need to write essays every time out of the box. But we should continue to talk about why we think innovative/avantgarde/experimental/heterodox fiction is what we all have said it is: a potential antidote to the stupidity of American hegemony in 2007! to the mindlessness of a society that knows of many ways that it's going in the wrong direction but seems powerless to stop itself!! to the simplistic selves we're told we are by advertisers politicians law enforcement officers and many many others!!! an art form at a time when books are commodities and Bertelsmann Murdoch Time Warner etc. has nearly secured its victory over us and we're at the point of near-irrelevance!!!! -- It's important to keep talking. We are not against tradition. We are a version of the tradition that's being edited out.

Or: Fuck, it's Friday afternoon & I'm home from work & no one else has been writing so I will.

A funny thing happened to me this week. I am promoting my novel Malcolm & Jack during the month of October (and so the smartest among you are now saying, oh, I see, this isn't a legitimate blog, this is just part of his marketing strategy ... but I'll just leave that thread alone ...), and have it linked on amazon.com with Jack Kerouac's new "Original Scroll" version of On the Road (See promotion here). This has made my sales rise ever so slightly (and not nearly enough to pay for the cost of the promotion).

Anyway, my novel is called Malcolm & Jack (and Other Famous American Criminals) and is centered around a conjectured meeting between Malcolm X and Jack Kerouac. It's a novel about history, underground characters during the beginnings of American empire, improvisational poetics & politics, etc.

63. The Honey Well, by Gloria Mallette

66. Let's Get It On (Love Spectrum Romance)
by Dyanne Davis (Author)

67. The Politics of Love (Noire Fever)
by Giselle Carmichael (Author)

70. Somebody's Gotta Be On Top
by Mary Morrison (Author)

The plot of Jared's Counterfeit Fiancee is

"In the real world there was no way flower shop owner Kylie Hagan would ever meet up with millionaire Chance Steele. But the world of single parents and teenage hormones brought them together the first time -- and a simmering passion they both tried to deny wouldn't keep them apart for long.
"Chance made her think of hot, sultry Southern nights. Kylie had him imagining satin sheets and soul-stirring kisses. But in the cold light of day, they had to resist each other. There was no way they'd let uncontrollable desire ignite their carefully protected hearts.
"But some things they couldn't ignore.…"

But I like Somebody's Gotta Be On Top even better:

"So says Darius Jones. At twenty-two, he’s grown…but he hasn’t necessarily grown up. He still thinks the opposite sex exists purely for his satisfaction. Not that he doesn’t know how to pleasure a sister; he just doesn’t want them telling him the way it’s going to be. But trying to be on top all the time only gets him into trouble with the women in his life—including Fancy Taylor. With a regal bearing and skin like brown sugar, Fancy’s definitely intriguing. Darius is sure he’d enjoy sampling what the lady has to offer, but that’s all. Fancy’s past precludes her from being serious relationship material. Yet fate has a way of stepping in and putting the wrong people on the right path…
"Caught between pride and the call of his own untrusting heart, Darius has a lot to learn: about life, women, and what it takes to find and nurture real love. And if he’s not careful, he might just end up on the bottom of everything…."

Evidently, merely having Malcolm X as a title character in my novel Malcolm & Jack is enough to put it in the hot black sex soft-core. It seems to me that this was something Malcolm complained about during his lifetime, at least 40 years ago -- that the mere image of the black man sent the white establishment into a frenzy of sexual fantasy.

What do you see as the moral or lesson of this tale? Dear readers, what say ye all? Do we yet still know each other?
Posted by Ted Pelton at 3:19:00 PM 4 comments: