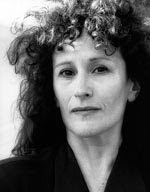 What I think I enjoy most about Lynne Tillman's American Genius: A Comedy (Soft Skull, 2006) is its extraordinary investigation into the limits of interiority and the lusciousness of torqued language—two areas of experience that prove virtually impossible for any other art form to engage with as fully, as deeply, as resonantly as the novel can.

In many ways, this novel is about a series of lacks. There is no real plot, no real character development, not much forward motion, almost no dialogue. It's even difficult to tease out the setting. The funny, bright, wildly neurotic narrator, Helen (we don't learn her name until the narrative moves into its endgame), may be a patient at some sanatarium, a resident in some New Agey artists' colony, a visitor at some wacky spa. The outlines of the external world are fuzzy at best. What's important, rather, is the movement of her mind, the musicality of her thought, as she obssesses on the pleasure of cotton socks, the vicissitudes of various skin conditions (hers and others'), the Manson killings, the slave trade, Calvinism, Eames chairs, the beloved dog her parents had put to sleep, her dead father, her increasingly unmoored elderly mother, the people surrounding her whose quirks she notes in gossipy detail.

What's important, as well, perhaps even more so, are stunning sentences like the following typical two, which share a great deal with the oceanic language of Woolf, the feverish eye of Bernhard, and which go a good way toward rethinking what a sentence can be, what it can do, and how, through their relentless digressive qualifications that skirt conventional grammar:

Everything is a problem in some way, I can't think of anything that's not a problem from the past for the future, and I often worry, frowning to myself, unaware that I'm frowning, my lips turning down involuntarily, which I've been told to stop doing since I was a child, because it creates the impression that I'm sullen and also etches fine lines around my mouth, but I can't. My father worried about the future, which presumably he could imagine, but I can't, just as I can't imagine lines like tributaries running from the river of my mouth the way they do from my mother's, who was angry, who'd abandoned her girlish hopes of marrying a violinist named Sidney, and who often speaks of him now that my father is dead, wondering where Sidney is, and also wondering where my father is, if he is outside, waiting for her in the car that he loved.

Jeffrey Deshell lauded this novel last December in Now What's posts concerning the best alternative fiction of 2006, and I've only recently found the time to settle down with it. Thanks, Jeffrey. Thanks, Lynne Tillman. What a strikingly intelligent, mischievously obsessive, beautifully written book.