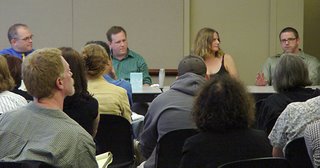 Thanks to the inimitable Trevor Dodge, here are some audio and video files documenting the first annual Writer's Edge conference held in Portland, Oregon, last weekend. For those who might be interested, Lidia Yuknavitch and I have already begun planning next year's Second Act.

the writer's edge : part one

Sponsored by FC2 and hosted by Portland State University, the first annual Writer's Edge conference—a series of workshops, panels, readings, and conversations about innovative prose—was held 28-30 July in downtown Portland, Oregon. Over 50 participants from around the country and as far away as Australia attended. Early feedback has been extraordinarily positive. My sense is that something very special happened at this gathering of the tribe.

At the core of the get-together were five workshops. Lidia Yuknavitch led "Five Easy Pieces: How to Form, Deform, and Reform Narrative Using the Fictional Fragment" that posed the question: "What happens if we turn away from the idea that narrative form must be unified in traditional ways?" Susan Steinberg taught "Writing Obsession, Writing As If Obsessed" that explored "the ways in which various modern and contemporary authors effectively writing obsession/obsessively consider the inextricable relationship of form and content, paying particular attention to (often unconsciously chosen) rhetorical and experimental devices: repetition, recursion, ranting, listing, among many others." R. M. Berry's "What Is Writing?" grew "out of the idea that the principle mark of radically innovative writing is its somehow posing the question of its own nature and existence." Michael Martone led a workshop on appropriation entitled "Nixon Remix," and I led one entitled "Fiction as Possibility Space" that asked participants to think and rethink the metaphors workshops usually employ when talking about writing fiction.

The faculty read from their work on campus the second evening, while around 9:00 p.m. each night everyone descended on a different local bar, thanks to Garrett Strickland and the Phase One Reading Series, for an open mic and sampling of avant-garde music. Each afternoon offered participants, among other possibilities, a Multimedia Exhibition Room featuring experimental films, hypertexts, and collage-texts by Andi Olsen, Tim Guthrie, Trevor Dodge, Andy Mingo, myself, and others. A great panel on the past, present, and future of small-press publishing (with FC2, Chiasmus, Clear Cut, Future Tense, & the Ink & Paper Group) rounded things out.

Courtesy of Andi Olsen, here are a few photos from The Event: 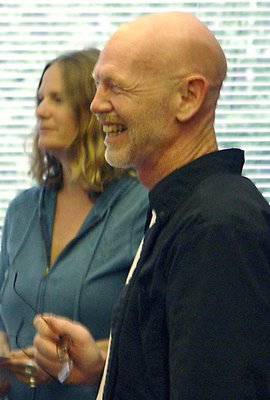 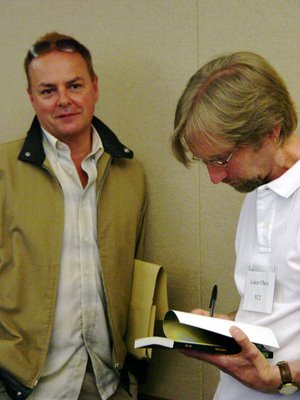 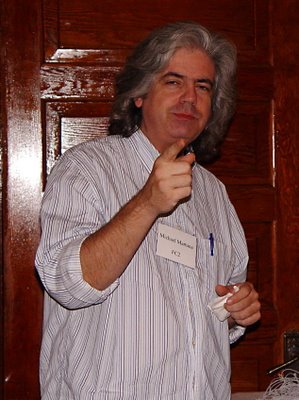 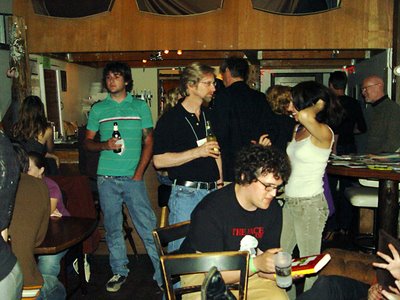 susan steinberg & others partying
at an open mic 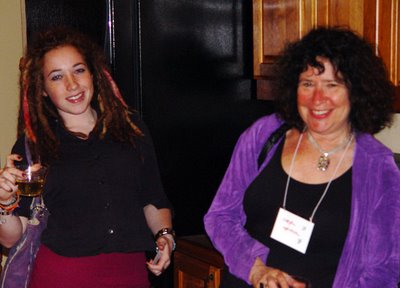 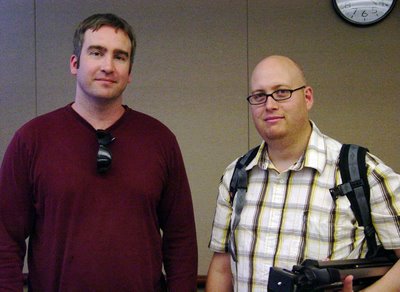