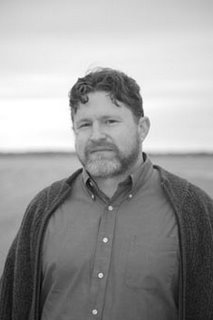 When I'm in a relatively optimistic mood, I start thinking maybe the last few years are proving that something fresh and important is going on in the precincts of innovative fiction. After all, several significant alternative writing celebrations—&NOW and The Writer's Edge among them—have sprung up and seem to be planning on staying around a while. Even the Associated Writing Programs conference, once the bastion of the bland leading the bland, kin to the Bowen essay Carol Novack cites below, has been hosting some energizing panels on innovative prose and some fine alt-readings.

Moreover, this past summer and fall have seen or will see—in addition to a number of exciting new texts from Now What contributors—publication of Thomas Pynchon's new novel, Against the Day (due out 21 November), which spans the two decades or so before World War I, the first titanic rupture of the 20th century; Mark Danielewski's ballsy followup to House of Leaves, called Only Revolutions (September), that takes the shape of a kind of wacked-out roadtrip in which the book (a sort of prose poem, of all things)—reminiscent of Milorad Pavic's love story, The Inner Side of the Wind—is printed on two sides, one telling the story from a male narrator's point of view, the other from a female's; and two of my recent favorites: Shelley Jackson's brilliant Half Life (August), the story of a 28-year-old bisexual, bi-headed narrator who, citing "irreconcilable differences," seeks divorce from her other self by decapitation, and Laird Hunt's wonderfully curious third novel, The Exquisite (September), which is both a response to 9/11 and paean to Manhattan—especially to its seedy, shadowy, cramped, and unhinged Lower East Side, where anything can and does happen. Set shortly after that rip in reality’s fabric half a decade ago, "when the gaping hole … was still fresh, and the air was still stinging everyone’s eyes," the novel conjures a universe that is as much feverscape as city. It is a zone, as one character comments, "of subtle simulacra, of deceptive surfaces, of glib and phantom shimmerings" that "falls under the rubric of the danse macabre."

Put that together with the advent or re-invention of a host of intriguing indie presses (including Chiasmus, Aqueduct, Starcherone, and the others listed to the right), and I start wanting to say, as I did a few days ago in my post about electronic book review's new thread, Fictions Present, that it's beginning to feel a little like a renaissance of experimentation in the U.S.

Brian Evenson's recent novel, The Open Curtain, which Coffee House brought out last month, adds fuel to this meme's fire. In it, a Mormon teenager named Rudd stumbles across three letters—two from a woman named Anne Korth, and one from his dad who recently committed suicide—that suggest the possibility of a half-brother from a liason between Korth and Rudd’s father. Rudd’s resulting research into that relationship, as well as for a high-school paper he's writing on a nineteenth-century murder of a young woman by the grandson of Brigham Young unfold into a narrative (as the novel’s title suggests) about deception, hidden things, the dark, blank, blurry spaces in meaning, identity, and, finally, existence itself that give the lie to the inflexible vision at the core of conventional religions that can’t bring themselves to accept, as Rudd realizes, that "nothing came unmixed."

Initially, The Open Curtain seems a mimetic departure from Evenson’s earlier avant-gothic fiction. Toward the end of the first of three sections that comprise the novel, however, Rudd begins to experience unnerving blackouts and temporal disruptions that unhinge the apparently traditional narrative tactics at play. The second section jarringly changes point of view to Lyndi, a teenager whose parents have been murdered in a gruesome ritual killing in which Rudd seems to be implicated. As Rudd and she move toward marriage, the narrative further disrupts, and by the third section it becomes clear that each movement in its architectonics has essentially troubled and unwritten the preceding one. The final section flickers between realities, histories, and cleaving selves, transforming what at first may have seemed a traditional murder mystery into a mystery of ontology and epistemology, a novel about undoing "realistic" novels, and an extended investigation into the inexorable violence and blindness shot through Mormon culture.

We have returned, in other words, to all that makes Evenson's fiction so engaging, accomplished, and consequential. In its impulse to investigate the rich possibility spaces between genres, that fiction transforms and extends our notion of what narrative is and what it can be and do. Its clean, understated, even rationalist prose is in constant tension with its transgressive content, its resonant irony and unexpected humor, its unblinking examination of psychological and narratological instability. Evenson's fiction rhymes with that of very few authors, living or dead. It perhaps shares the fierce and absurd stare of a Kafka, the existential and textual undoings of a Beckett, the critifictional and paraliterary engagement with its materials of a Delany.

But at the end of the day it is all its own sprightly menanced thing, and one of the most important projects currently being undertaken on what I want to say this evening seems to be the increasingly ascendant innovative scene.