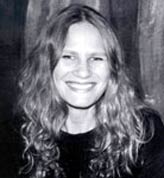 Lance: I think of you as a major literary activist on the American scene with a history of engagement and community-mindedness that stretches back at least as far as two girls review and has come to full fruition with your founding of and involvement in Chiasmus Press. What lured you into the universe of activism, and how has your sense of it changed over the years?

Lidia: What lured me into the universe of literary activism was this: my heart hurt. As I began writing myself up and through the literary machine I found that some of the most vibrant, exciting, driven work was being done by people on the margins, particularly the margins of academia, of economy, of the mainstream—and that caused me angina.

I think I came of age as a writer when all that NEA funding was hacked to pieces—writers and artists such as Karen Finley and Andres Serrano and books like Doug Rice’s were being attacked and de-funded in ways which truly marked me.

Closer to home in Oregon I noticed a dismal repetition of awards and legitimacy landing on the heads of a very short list of writers whose work tends in the direction of … warm and cozy and comfortable. With very few exceptions.

The crossroads for writers like me looks like this: wait around to be accepted by authorizing systems and lofty literary communities that have little to no chance of claiming you as one of their own (thing of darkness), or, do what my favorite artists have done—the ones who have kept me alive all these years—invent, innovate, improvise, take action.

Because in the end making art and jamming the door open for other people to make art is more important to me than pretty much any form of culturally authorized party hat I can imagine.

The other thing that has moved me toward intention and action is my sense that women writers in America are endlessly in need of diversification. Don’t get me started. See my post A Prayer for Women’s Writing.

Right now I am most invested in helping to create a tribe—which is a word I prefer over community, because it signifies so differently. It carries with it ritual and warrior call, it touches both my mother’s Native American heritage and my father’s Lithuanian saga. It justly identifies intimate relationships born from a nomadic, shifting, de-centered energy, belonging more to the land and to other bodies than to society. It is plural and moving underneath power and order.

I love the tribe I belong to like I love my family.

Lance: "Chiasmus Press," the mission statement on your website reads, "is a Northwest, Portland-based literary collective intent on printing the most innovative emerging authors, those who have been excluded or have not yet been co-opted by the mainstream-print-industry or well established, often academically entrenched, forms of Avant-gardisms." Would you talk a little about how you arrived at the collective structure, what you've enjoyed most and least about running the press, your contest, and what advice you have for those thinking of launching their own alternative presses?

Lidia: You know, there is virtually no way I could be part of a press that was not at its heart a collaborative effort. I so seriously believe in collaboration that half the time in my own writing I can’t live with its mono-vocality. Chiasmus is thus a collective or collaborative entity because I can’t stand it any other way. Honest.

What I enjoy most is creating a space for writers and artists to just make.

One of my eternal frustrations is always how to keep everything funded.

Lance: Whose voices—inside the world of fiction and out—have enabled you to write, and how, and why?

I actually came to writing through painting and music, which is to say that musicians such as Miles Davis, John Coltrane, Thelonius Monk, Laurie Anderson, Tom Waits, The Velvet Underground, the Sex Pistols and the Pixies made stories burn inside me. Painters who were also innovators like Jackson Pollock and Joan Mitchell and Francis Bacon and Willem de Kooning and Frida Kahlo brought the crouch of dreams to my very fingertips.

At one crucial point I was visited in a dream by Mary Shelly … that seems key. It was a long conversation. When I woke up I took very careful notes.

But it was three women writers in particular who burst the membrane of my imagination and brought me to writing: Kathy Acker, Marguerite Duras, and Gertrude Stein. In their work I felt less like a freak. And I felt as if my stories had mothers.

I am moved lately by writers like Carol Maso and Anne Carson, since they sail across genre lines so effortlessly and without apology.

I am moved by the writers we publish, their bravery, their risks.

And I don’t mean to make you blush, Lance, but in my present tense, it’s you—you enable me to write. Literally. Because being in literary relationship to you and Andi makes me feel tethered to real bodies and hearts. I honestly believe I’m alive as a writer in part from knowing you/your writing.

And I think people should say this kind of thing in public.

Because it is not enough to be profoundly intellectual or a wizard of artistic tricks or a spanky academic or an award winning author—as so many of my beloved fellow writers are—it’s the heart that matters to me.

Lance: Well, it's right back at you, and in spades. Seriously. You've taught me universes about everything from how communities should work to what a sentence can do. But since repressed Scandinavians blush more deeply than others, let me change the subject. Thomas Mann once commented that "A writer is somebody for whom writing is more difficult than it is for other people." What is most difficult about the art form for you?

Lidia: That it’s more real to me than people and the world.

Lance: You recently mentioned to me that you're in the process of finishing a new novel. How, if I may ask, does it converse with your former fictions and obsessions? How do you sense it moving beyond or transforming them?

Lidia: Well I’m profoundly shitty at trying to describe it, so I’ll just give over a bit—I think in a way the story is about all of us, and about making art, but this small bit is about a girl orphaned by war who will later become an American artist ... a painter.

There is not a word for what she is feeling, thinking, living. At least not for her; an as yet unformed lexicon rests between vertebrae in silent evolutionary swirls. It will take years for this word to emerge, and more time than that for consciousness to wrap its vines of comprehension around it.

Her hands carry the trace of a family like skin psalms.

Sometimes she does not know what to do with them.

She is a girl in a tribe of sorts—those who have suffered loss and grief inexplicably, through circumstance, environment, accident, karmic lurch, or for no reason in the least. This is what they must decide, no matter the age or level of wisdom, no matter what is at stake, who is around them, where they are geographically or spiritually or physically or intellectually or politically: live or not.

And if it is life they choose, then the road of their lives joins them with a secret society of sorts. Having lost their origins. Moving over land and soul. Living a life in which one must invent meaning perpetually.

From the wreckage of a heart.

She places a hand to her own face.

This is how she grew.