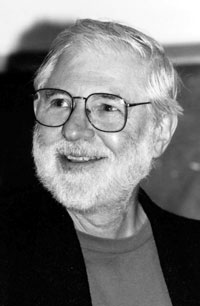 What is it, if anything, that unites the works or perspectives of those participating in this blog and beyond in the world of "alternative" writing?

Initially, the answer strikes me as not much to nothing. Some of us don't like the word "experimentation," others "postmodern," others "avant-garde," others still the very notion of the "alternative." Some embrace the rhetorical pyrotechnics of theory; some eschew it. Some want to talk about the economics of writing; others find such discussions dull. Some foreground language and minimize narrative; others don't. Some get antsy around conversations concerning genre. For some, it's "all writing" (except, apparently, nonfiction, which is something to be scorned); for others, such assertations are proof of the lack of precision and rigor. The very books that some cherish, others find failures.

To make matters more tricky still, writers/artists in general are iconoclasts by nature (and, yes, I use the term loosely) who don't like to belong to things, don't like to be associated with trends and movements, since such chimera seem to minimize their individuality and originality (as if these traits are the ones that make artists artists). Yet, of course, all of us writers/artists do belong to things. Some of us "belong" to universities or colleges. Some "belong" to presses or magazines. All of us "belong" to the category "writers" and "contributors to this blog." All of us, for better or worse, "belong" to the politics of the present.

But simply because what we have in common may be complex to pin down and even more complex to articulate shouldn't by my lights be a cause for making a difficulty into an impossibility.

I've been thinking about the notion of the tribal lately in an effort to begin to begin to make sense of these continuities in the midst of myriad divergences. The dictionary definition works thus: A unit of sociopolitical organization consisting of a number of families, clans, or other groups who share a common ancestry and culture and among whom leadership is typically neither formalized nor permanent.

I find appealing the notion of many families and clans being part of something that is both them and not them. The notion of shared ancestry and culture. The notion of impermanent, unformalized leadership or center.

If we start there, and proceed tentatively, then the following are some questions that bloom:
As I mentioned in my comment to Ted's last post: Once upon a time we knew all this stuff (and all the stuff Sukenick et al. wrote) before. That's no longer the case.

Speed is all about forgetfulness. I'd like this to be a small space of reminding.