the death of metafiction
& other malicious rumors 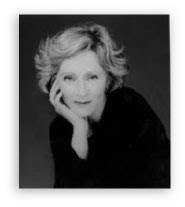 I received an email from Marc Lowe this morning pointing me to a strong essay by Michael Boyden in ebr about American Oulipo writer Harry Mathews. Marc directed me particularly to the following provocative paragraph, which he asked me to post here so that those interested might engage with it:

In the conclusion to her chapter on postmodern fictions for the seventh volume of The Cambridge History of American Literature [1999], Wendy Steiner argues that the 1990s have signalled the end of the experimentalist period of esoteric metafiction in American prose writing. Whereas outside the U.S. such writings continue not only to be produced but also to be appreciated, Steiner claims that in America critical taste "has moved on" (Steiner 529). As a possible reason for this turn away from self-reflexive fiction, she notes the fact that several of the most renowned American experimenters, notably Thomas Pynchon, John Barth, Robert Coover, John Hawkes, and William Gass, have passed their creative peak. A more compelling factor, however, would have been the so-called "culture wars" in the American academy which seem to have undermined the cultural validity and vitality of postmodern "high" fiction. According to Steiner, the controversies in the universities have resulted in the gradual erosion of the boundaries between "art" and "reality" (530). Further, the development of new media as well as dramatic changes in the marketing of books have made such distinctions between "high" and "low," or "popular" and "serious," even more precarious. More and more, apparently, novelists are moving away from elitist game playing and instead are drawing inspiration from mass culture and the lives of "ordinary people" (brackets in Steiner's text, 535).

Note that, as it says here, metafictional, or "self-reflexive fiction," is still popular in other countries, primarily Europe (and also Japan to some extent, particularly in the form of autobiographical fiction -- i.e. shishosetsu, or "I-novel"-inspired work). . . . To say that American "critical taste" has "moved on" to stories about the lives of Joe the mechanic and Jane the doctor says nothing so much as that American readers have gone from lazy to lazier.

While Steiner's comments were composed more than eight years ago, and may therefore be granted a certain by-default out-of-dateness, they nonetheless strike me, even for 1999, in equal parts preposterous and as strong evidence for her apparently parochial reading habits. (Much the same, by the way, could be said for Fredric Jameson's pronouncements about postmodern fiction, which are based exclusively—and, for an unflagging Marxist, ironically—on a small sample of texts produced by mainstream corporate presses.) I want to say, rather, that all experimental fiction—from Don Quixote and Tristram Shandy to this past year's The Open Curtain (Brian Evenson) and The Exquisite (Laird Hunt) and on to next year's Parabola: A Novel in 21 Inersections (Chiasmus) by new-comer Lily Hoang—is to some extent metafictional: to some extent, that is, self-consciously about its own processes, about the nature of language, about the structuality of structure, about its own (and hence the world's) uses of narrativity, and hardly "esoteric" or "elitist," hardly cut off from "reality," but rather deliberately challenging, difficult, against the narratological grain, profoundly political, oppositional to the status quo on the page or off by its very being .

Still, I'd very much like to hear from others on this, especially with regard to Steiner's comments about those so-called "culture wars" ongoing in the American academy.