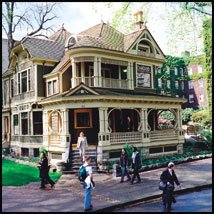 Our interest will be in small numbers of exquisitely and surprisingly arranged words. By limiting the number of words we use and consciously treating passages of text as blocks of sculptural material we can begin to relinquish certain forms of authority that tend to strangle prose. We’ll ask questions like: How many different ways can a writer, who supposedly has one “voice,” distill narrative and language within limited space? How “big” can you make a small thing? How is and is not a small thing a microcosm of some bigger thing? Is it interesting or not to deviate from standard paragraph form? Do we care or not what is prose fiction and what is some other genre like poetry or diary? How does patterning a number of pieces in a sequence create or change meaning? Does such a form have anything to do with wholeness or completeness? If not, then what’s the point or the pleasure? We’ll look at very short stories by writers like Lydia Davis, Diane Williams, and Kafka, write and revise several of our own small pieces, and explore a variety of sequential arrangements of the pieces we compose.


COLLABORATING WITH THE PAST:
INNOVATION VERSUS TRADITION
Brian Evenson

This workshop explores the variety of ways in which contemporary writers can and do respond to writers who have come before them. We'll discuss the way writers appropriate earlier traditions--for instance, the way Angela Carter or Robert Coover or Rikki Ducornet respond to fairy tales or the way Kathy Acker responds to canonical books such as Don Quixote--and think about how they simultaneously preserve and subvert past literary ideas. How can we both learn from the writers who precede us and still be working in an original space? Is Harold Bloom's notion of Anxiety of Influence something that still holds in today's postmodern literary field? We'll also do some exercises of our own, thinking about how retelling and reinscribing earlier ideas and tales can transform them and make them our own.

Usually the metaphor of architecture is applied to writing, if it is applied to it at all, in order to italicize the "craft" employed in its creation. Occasionally one might find mention of the use of architecture in fiction—the metalogical libraries, for instance, described in Jorge Luis Borges's stories. But what I'm interested in exploring in this workshop is the following question: how it is both illuminating and stimulating to conceptualize fiction's structures and discourses as spaces one lives in and moves through as one might, for instance, a Bauhaus building, a tenement, an emergency room, a funhouse, a cathedral? We shall look at how author William Gass and his architect-spouse Mary collaborate to find harmonies between sentences by Hemingway and houses by Frank Lloyd Wright, on the one hand, and those by Henry James and baroque palaces, on the other. We shall think about Milorad Pavic's distinction between nonreversible art (like music and conventional narrative, which can and must only fall forward) and reversible art (like architecture, some innovative prose, and hypertext, which can and must be entered through various portals at various times to various effects). We shall ponder what new-media author and theorist Michael Joyce means by saying that every innovative text is a liquid city. And then we shall try to imagine, via several writing exercises, new architectures for our own fiction.

There is an interstice between the body and writing where meaning is always in flux. When writers and artists attempt to render that space, their work slips quickly from the mainstream into its more dangerous, sensuous and hidden tributaries. But that kind of writing and art articulates perhaps the most exciting new forms available for writers hoping to liberate narrative from market and genre-bound static products. In this workshop we will explore the territory between writing and the body through mixed genre work by others, through now-time writing exercises, and through a bit of multimedia experimentation. participants will leave with new ideas and texts to inhabit and grow.
Posted by Lance Olsen at 12:29:00 PM No comments: