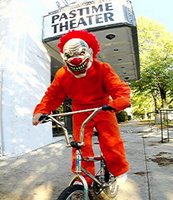 Since today marks the one-month anniversary of Now What's launch, I'd like to start off by thanking a thousand times our contributors, commenters, and readers for what has begun to develop, at least from my perspective, into an engaging, energetic, rhizomatic conversation, as well as an intriguing, important, and downright addictive experiment. In his blog Samizdat, Robert Archambeau describes us as "a grubby left-bank cafe of the twenties, only available right on your lap-top, in a bring-your-own-absinthe environment." That sounds about right to me.

In a recent post, Davis Schneiderman wondered aloud if we had any figures on those who in one way or another are participating here. The answer, thanks to Site Meter, is yes. Now What has had 2,672 visitors so far, with an average of 112 a day. Each visit lasts, on average, four minutes and eleven seconds. Not only have people dropped by from around the U.S., but also Bulgaria, France, Sweden, Denmark, the Netherlands, Poland, the U.K., Spain, Australia, Germany, Canada, and elsewhere around the world.

What I take away from those stats is this: there really is an extended tribe of readers, writers, and publishers Out There interested in the notion of perpetuating alternative prose as a space of resistance and celebration. That's a good thing, since the outlets for announcing and thinking about such projects are few and becoming fewer. At the Small Press Festival hosted at the University of Colorado in April by Jeffrey Deshell and Elizabeth Robinson, Ted Pelton and I found ourselves on a panel bemoaning the loss of traditional review channels for experimental fiction. As those of you who subscribe will have noticed, The New York Times Book Review, hardly a friend of the innovative, writes about fewer novels and short story collections of any kind than ever before. The American Book Review, one of the most ardent supporters of alternative writing in all its forms, is in crisis. In the hardcopy world, that leaves the inimitable Rain Taxi and a small handful of others.

In the digital world, however, it's a slightly different story. Excellent blogs—a good number of the best noted to the right of this post—are helping get the word out via an updated version of word-of-mouth. I don't know how many readers each actually has, but I suspect many fewer than those in the meat world.

Another dark sign for adventurous prose is the gradual folding of America's great indie bookstores. In a recent article in Slate on the subject, Tyler Gowan announced the closing of Berkeley's famous Cody's. The infiltration of chain bookstores into local shopping malls in the sixties and seventies began the slow erosion of the culture of literacy, inclusion of the odd, and sense of community fostered by the indies. Worse—and get this—there is only one buyer of fiction for the whole Barnes & Noble empire. Think about what that means for alternative publishers bringing out alternative prose. FC2, for instance, considers itself wildly lucky if B&N will carry even a few of its titles, but said titles remain on their shelves for less than a season before any unbought are returned.

Gowan goes on to argue, both provocatively and depressingly:

The real change in the book market is not the big guy vs. the little guy, or chain vs. indie stores. Rather, it's the reader's greater impatience, a symptom of our amazing literary (and televisual) plenitude. In the modern world we are more pressed for time, and we face a greater diversity of cultural choices. It was easy to finish Tolstoy's War and Peace when there were few other books around and it was hard to find them. Today, finishing it means forgoing many other options at our fingertips. As a result, we tend to consume ideas in smaller bits, a proposition that (in another context) economists labeled the "Alchian and Allen theorem." Long, serious novels are less culturally central than they were 100 years ago. Blogs are on the rise, and most readers prefer the ones with the shorter posts. Our greater access to books also means that each book has less time to prove itself. A small percentage of the books published account for a large share of the profits, thus setting off a race to track reader demand. Many customers want very recent best-sellers, often so they can feel they are reading something trendy, something other people are talking about.

And so, as Now What continues to become whatever it will become, if it becomes anything at all, let me make a suggestion: that its contributors and commenters post—in addition to whatever else strikes their fancy—reviewlettes of books they love in order to let others know about them. Let's try to stay away from title dropping, since that doesn't illuminate much for those who haven't read said title.

It's sometimes easier and/or more interesting to talk around novels and short fiction collections, formulate those reductionistic lists The New York Times Book Review seems bent on hawking, or remain afloat in a perpetual theoretical drift, but it's equally if not more important work to embrace praxis and help pass the word. Think, too, about doing a short interview with or profile of an experimental author or publisher and posting it here. Think of other ways of telling readers about books no one else will tell them about. And, naturally, always support your local indie bookstore—if there are any left in your neighborhood (the nearest to me is more than two-hundred miles away).

If I'm sounding especially pragmatic today, well, you caught me.
Posted by Lance Olsen at 7:04:00 PM

The dissapearance of the "local" or "indie" bookstore is no more apparent than here in Southern California. A few years ago, fed up with the at once alluring and repelling atmosphere that is a B&N and Borders, I looked for an alternative place to get my racks-of-books-in-person fix. I was shocked at the time to find that apart from a reasonable selection of used bookstores (all of which seem to suffer from a profound lack of organization) I found only shops with an extremely narrow focus. Speciality shops, it seems, can survive due, I suspect, to the unwillingness of the Big Guys to carry a broad enough range of, say, Gay & Lesbian or African-American heritage books. Alas, I closed my eyes to the state of affairs and returned time and again to the chains.
Your post inspired me to look again and it seems in the intervening years, a couple of new alternatives have popped up in my extended neighborhood. I'll be paying them a visit in the near future, likely overspending or not spending a dime depending on what I find, but at least I will be visiting a bookstore that doesn't start with a "B"
I'll let you know what I find and, if worthy, I'll be sure to send the buyer to fc2.org.